Tumors of the skin and soft tissues are quite common. Most are benign, malignant are small and generally do not metastasize.

– Papillomas (vulgar warts) – are the most common benign tumors produced by viruses
– Actinic keratosis – usually occurs in older people after prolonged exposure to sunlight or chemicals (arsenic). Can degenerate malignant.
– Inclusion pits – occur after repeated traumatic injuries at the level of the palms and fingers
– Synovial cyst – the most common tumor of the hand. The fluid contained in this cyst is similar to the synovial fluid, and the cyst communicates with the contiguous joint.
– Mucosal cyst – occurs in the dorsal face of the distal femoral interphalangeal joint. May cause nail deformation.
– Lipoma – a well-defined tumor with adipose tissue content
– The sebaceous cyst – the encapsulated tumor containing sebum
– Hemangiomas – tumors of vascular origin, are treated mainly for cosmetic reasons
– Botriomycin – angiomatous tumor, occurs frequently following trauma, bacterial superinfection being the favourable factor
– Negri pigments – are benign tumors of the pigment system

Warts are transmitted through direct or indirect contact, and predisposition factors include alteration of the normal epithelial barrier. Treatment can be difficult, with frequent failures and recurrences. Numerous warts are solved spontaneously in a few years. A small number of HPV types is associated with the development of neoplasms, including types 6, 11, 16, 18, 31 and 35. Malignant transformation is most commonly seen in patients with genital warts and immunocompromised patients. HPV types 5, 8, 20 and 47 have oncogenic potential in veruciform epidermodisplazic patients.

The warts are spread all over the world. Although the frequency is unknown, it is estimated that it would affect 7-12% of the population. Frequency is increased between immunosuppressed patients and those who work with meat.Common warts are asymptomatic, but can cause cosmetic disfigurement and sensitivity. Plant warts can be painful and extensive plant damage can prevent walking. Malignancies of nongenital warts are rare, but verrucous carcinoma has been reported. It is thought to be a slowly evolving, locally invasive, well-differentiated squamous cell carcinoma that can easily be confused with a simple warthog. May occur anywhere on the skin but is more common on planting surfaces. Although this type of cancer rarely metastasizes, it can be destructively local.

-Inclusion chutes / Retention cysts – also called inclusion cysts, epithelial cysts or epidermal cysts, occur due to blocking the excretion channel of an eyelid gland. The following formations are included in the retention cysts category: inclusion cysts, comedone, millium and epodermoid cyst. All of these types of cystic lesions have some common features – they have an outer shell consisting of several layers of squamous cells, and inside they contain keratin.

The inclusion cyst occurs following trauma, which favors the “implantation” of epithelial cells into the dermis.the comedone (black dot) is a non-inflammatory lesion, which usually occurs in acne; in practice, it is about the formation of a keratin and sebum plug at the level of a pilosebose follicle; the external hole will be in the form of a black dot due to the oxidation of keratin from the surface; by digital compression, the whitish content of the comedone can be evacuated; the content of the comedone may be contaminated in some cases with bacteria. Hyperkeratosis favors blackheartedness – hyperkeratosis = an excessive keratinization process.Millium is a condition characterized by the presence of small, yellow or yellowish, smooth and globular papules, which protrude to the surface of the skin, the eyelid, cheeks or the region of the neck. These lesions also occur due to occlusive processes in the sebaceous glands and hair follicles. Millium may also occur during neonatal period; in many situations, millions are associated with certain dermatoses or skin traumas.

Millium colloid is a lesion that presents amorphous colloidal content, mainly located on the back of the hands; Neonatal millium is due to abundant sebaceous secretion – fortunately the lesions will spontaneously disappear after a few days.

-Actinic Keratosis – actinic keratosis, also known as sun keratosis or senile keratosis, is a precancerous skin lesion that appears on the skin exposed to the sun, especially in the face, hands, forearms, and throat. It is more common in light-colored, blond-haired, dark-haired individuals, starting at age 30 or 40 and becoming more frequent with age.

These may be: with a rough appearance;pruritic (itch-producing) hot, painful;of sizes between 1 and 3 mm (the size of a pea);numerous, more clustered papules;surrounded by a reddish halo, irritated skin.

-Keratoacanthoma – benign skin tumors characterized by an evolutionary cycle that leads to complete and spontaneous regression. A keratoacanthoma is a lesion that occurs most often between 50 and 60 years. It has the form of a perfectly delimited tumor located on the face or back of the hand. The lesion stretches, so it then shrinks, and in two or three months it disappears. It is desirable to proceed to its surgical ablation, which also serves as a biopsy, allowing it to be established that it is not a cancer.

-Cutting horn – cutaneous horn is a clinical diagnosis that refers to a conical projection on the skin surface that is similar to a miniature horn. The base of the horn may be flat, nodular or crateriform. The horn is composed of compacted keratin. Several histological lesions have been documented at the base of keratin, and histological confirmation is frequently needed to rule out malignant changes. No clinical features make any difference between malignant and benign lesions. Sensitivity to the base and large size injuries favor malignancy. The lesion is benign in most cases. Malignancy is present in 20% of cases, the most common type being squamous cell carcinoma. The incidence of carcinoma increases to 33% when the horn is present on the penis. Sensitivity at the base of the lesion is usually a sign of the presence of a possible squamous cell carcinoma.The indicated treatment differs depending on the type of lesion at the base. To exclude a malignancy, the horn base biopsy is important. Neoplasms are excised. Benign lesions require no treatment other than diagnostic biopsy. In patients with squamous cell carcinoma or basal cell carcinoma, follow-up examinations are indicated to follow recurrence for the first 3 years after treatment.

-Nevi – nevines are small, dark spots on the skin. They are produced by some skin cells that produce pigment (color). Nevils are usually brown, although some may be dark or colored in color. Nevovi can be flat or elevated, smooth or rough, some appear on their surface. Nevians are round or oval, with regular margins. Some nevi are present at birth. These are called congenital nevi. However, most of the bribe develops in the first 20 years of life (sometimes even in the third and fourth decades). They usually occur in case of excessive exposure to the sun, with the tendency to appear on the most exposed areas of the sun, for example on the face.Nevils can change their appearance over time, sometimes responding to hormonal changes, such as during pregnancy, adolescence, or menopause. Some may disappear with time or disappear without the person realizing it

Sebaceous cysts often disappear by themselves and are not dangerous. As stated, however, they may become inflamed. Sometimes, sebaceous cysts grow big enough because they can interfere with everyday life. When this happens, surgical removal may be necessary, and this procedure can be performed at the medical office. Small inflamed cysts can often be treated with an injection of steroids or antibiotic drugs.

-Basal and spinocellular epitheliomas – originated in the epidermis, the superficial layer of the skin. They are especially located in sunny areas. Treatment consists of surgical excision, sometimes associated with radio or chemotherapy. 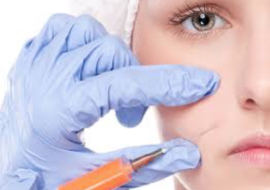 What is autologous fat transfer? Fat transfer is also referred to as fat reintroduction,… 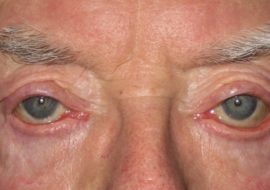 Ectropion (ect = outside, and trope = return) is a static palpebral disorder and… 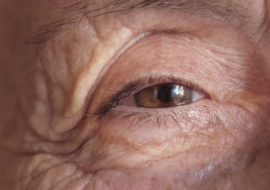 Blepharoplasty or eyelid surgery is the surgical procedure to remove access to skin, fat…